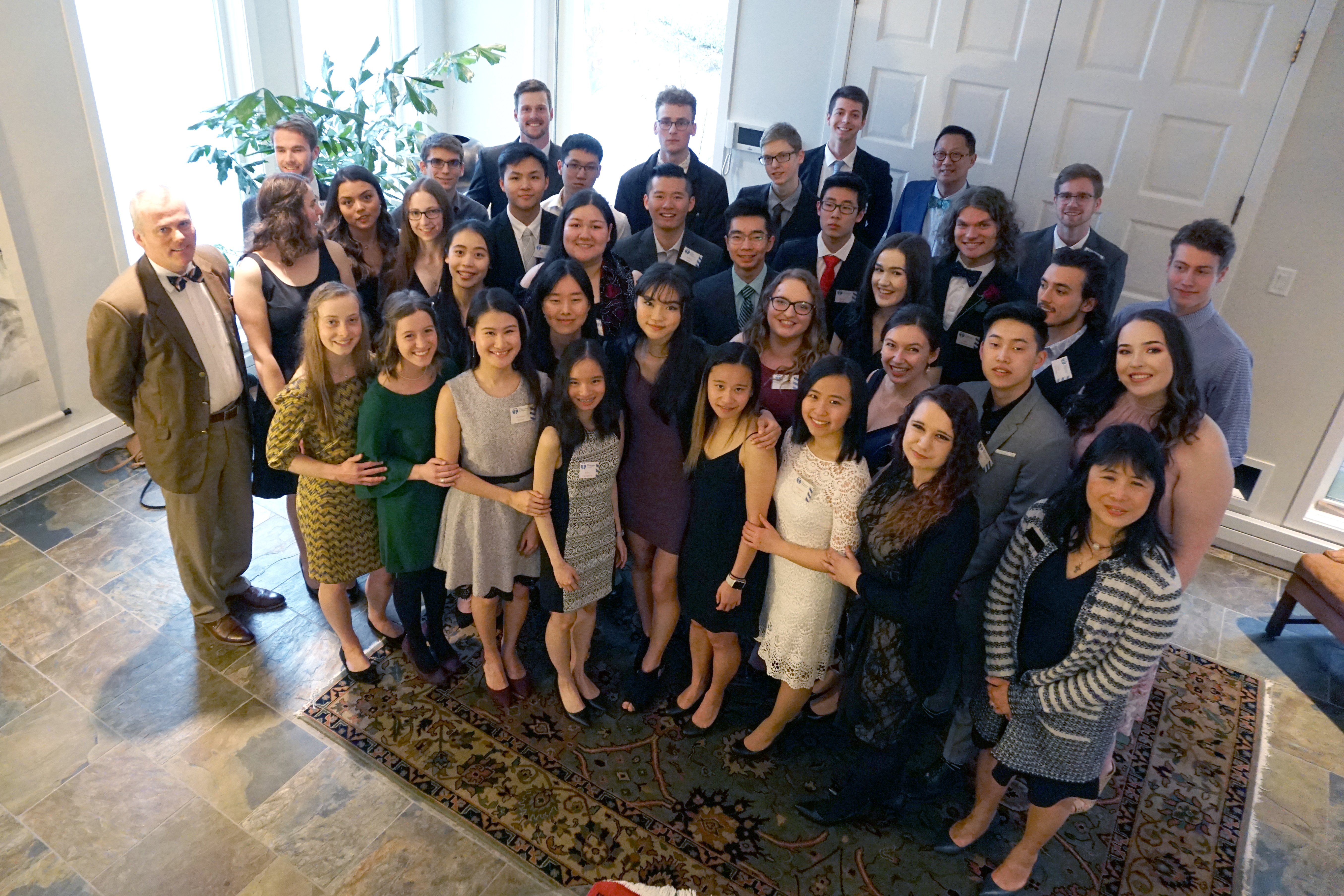 END OF THE SCHOOL YEAR WITH UBC'S PRESIDENT

Dr. Santa Ono, President and Vice-Chancellor of the University of British Columbia, and his wife, Mrs. Wendy Yip-Ono, UBC Ambassador, invited the student residents of Carey to celebrate the end of the school year with them. On April 5, they graciously hosted 35 students and a few members of the Carey staff at the Norman Mackenzie House, the residence of all past and present Presidents of UBC. The beautiful and historic home was the perfect venue for our student residents to escape the stress of exams, dress up in their best outfits, and enjoy an evening of fun and encouragement.

In his final remarks of his welcome to all the guests, Dr. Ono reiterated his support of Carey. He said, “I want to end by saying how important Carey is to UBC and how important you are to UBC. It means a lot to me, personally, that there is a place like Carey which is quiet and safe, where you can build a community – special community – of students, to really bond as a community in a very large institution (UBC).” Mrs. Yip-Ono, who served as a discussion group leader at Carey’s community nights, also gave words of encouragement to the students as they move towards the end of the school year. 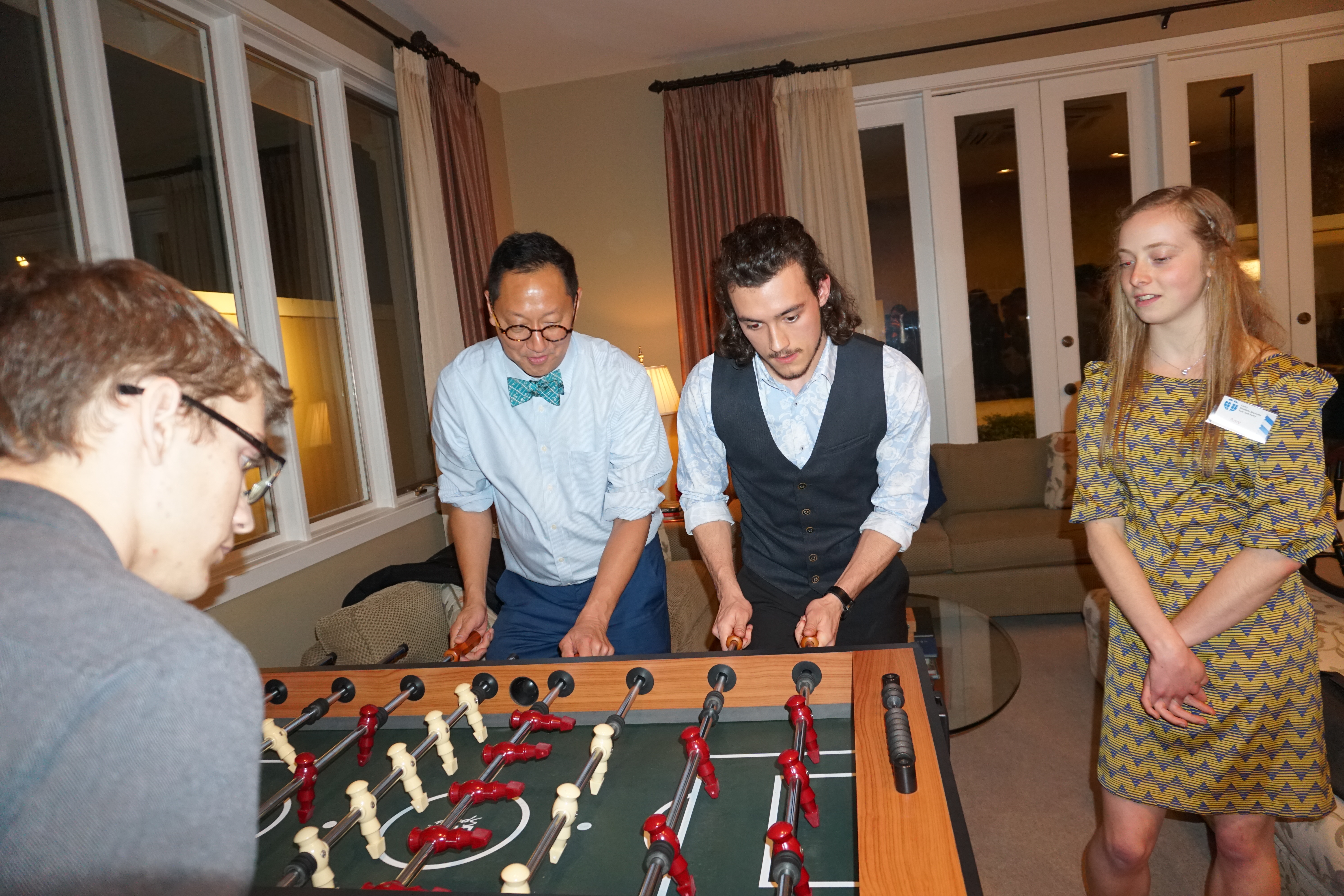 On behalf of the whole student body, four of Carey’s student leaders, Jacqui, Claire, Matthias and Cameron, presented the Onos with two canvas paintings entitled “Creation of God.” The paintings were done by the student residents during one of Carey’s community nights held throughout the year.

After dinner, the students were invited to the President’s game room and enjoyed the many things it had to offer. The evening ended with the students returning to Carey with excitement and thankfulness for a great celebration. When asked about the event, Isaac Godwin, Carey’s Dean of Residence, expressed his gratefulness for Santa and Wendy, their generosity and hospitality in opening up their home and for their support throughout the year of Carey’s discipleship program. 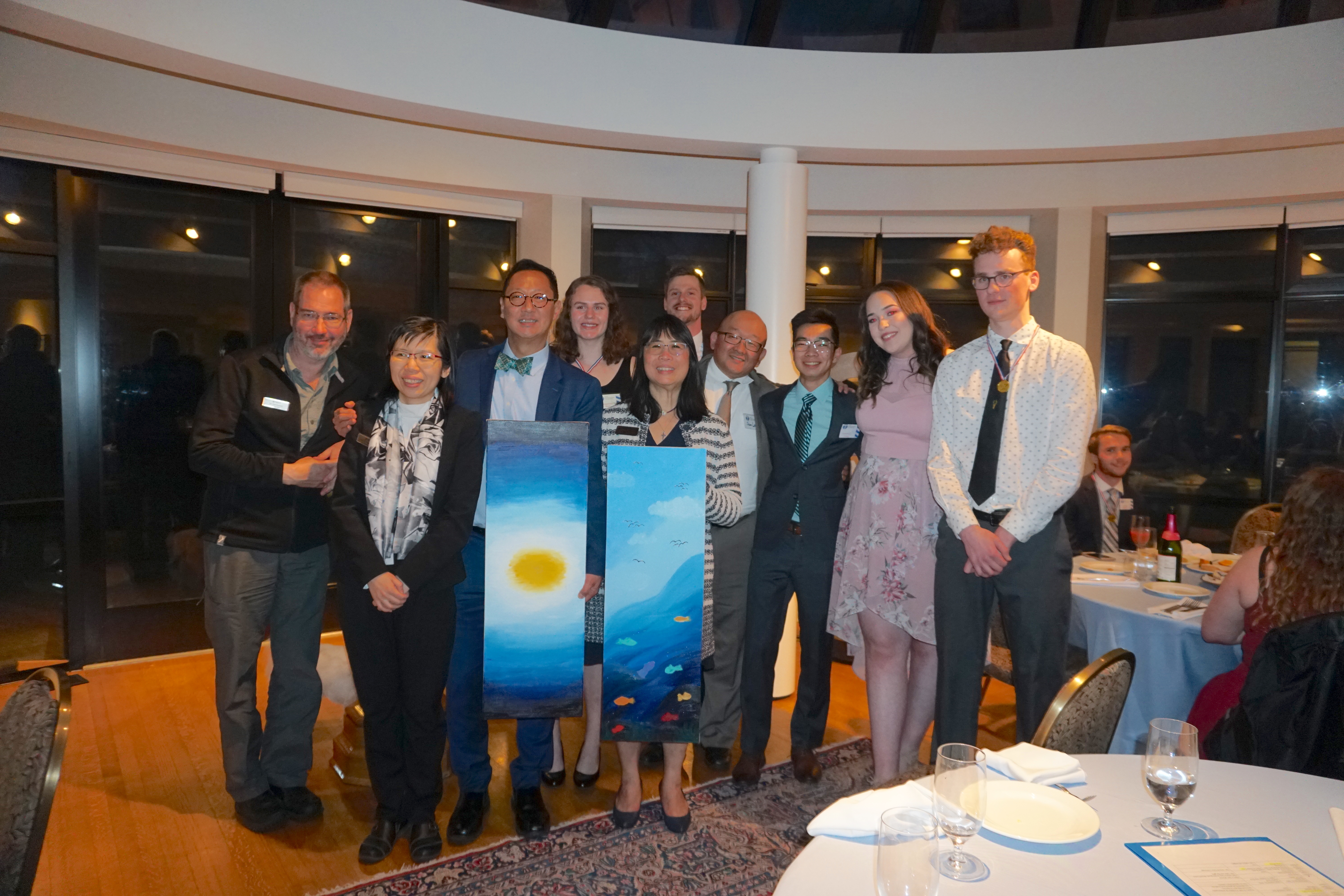 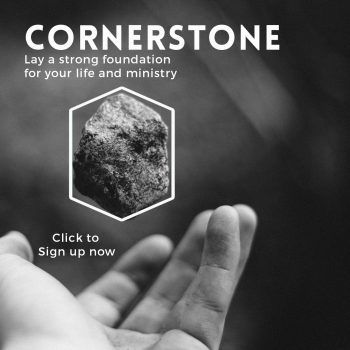