A FESTSCHRIFT IN HONOUR OF WILLIAM H. BRACKNEY

The Board, President and faculty of Carey Theological College are delighted to announce the publication of Crossing Baptist Boundaries, a festschrift in honour of Carey’s Pioneer MacDonald Chair of Baptist Theology and Ethics, Dr. William H. Brackney.

On September 28, Carey’s President, Dr. Colin Godwin, presented the book to Dr. Brackney who was surrounded by his family, students and colleagues over his years of ministry. On this occasion Dr. Godwin said, “Bill is a gifted scholar, a wise professor, and a committed follower of Christ. I am glad to celebrate his years of dedicated service to the church through his many publications and through his teaching the next generation of pastors, ministry leaders, and Christian academics.”

For several years Bill had been an elected Fellow of the Institute for Baptist Studies (“Institut fur Baptismusstudien”) at the German Baptist Theological Seminary in Elstal, Germany. To our surprise, it was revealed at the event that Bill had been named a Fellow for Life in the Institute. 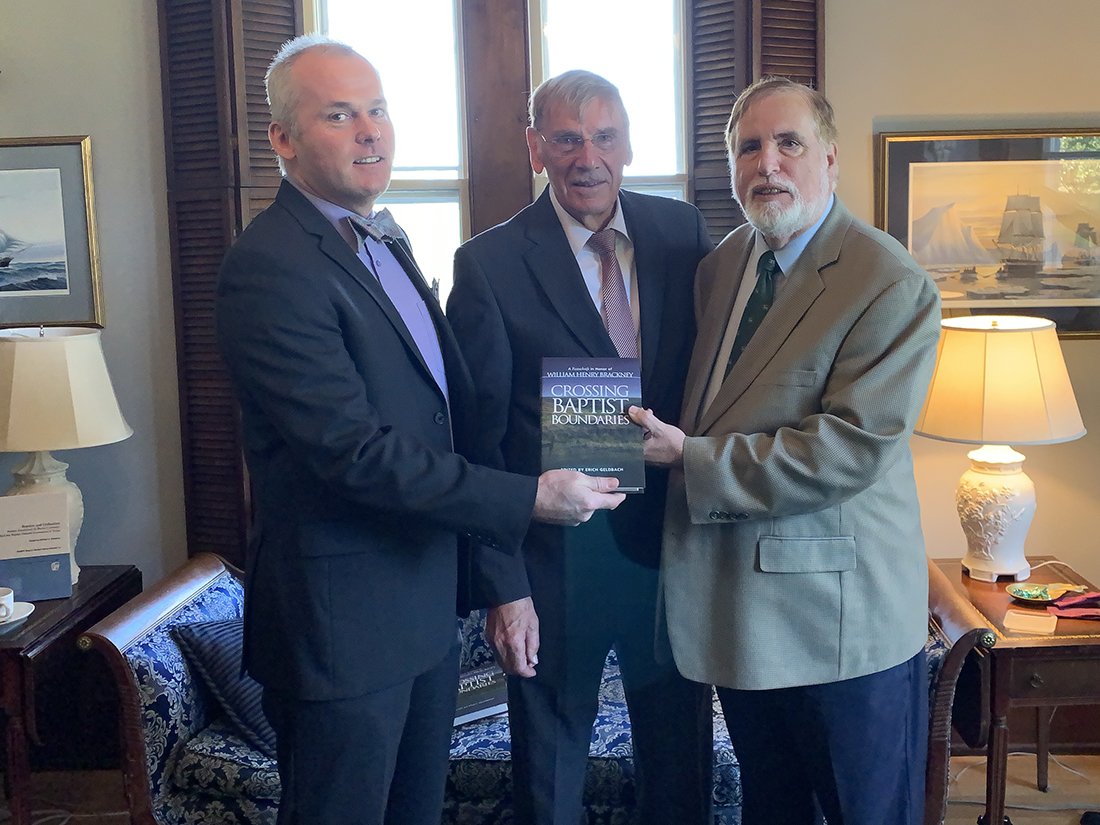 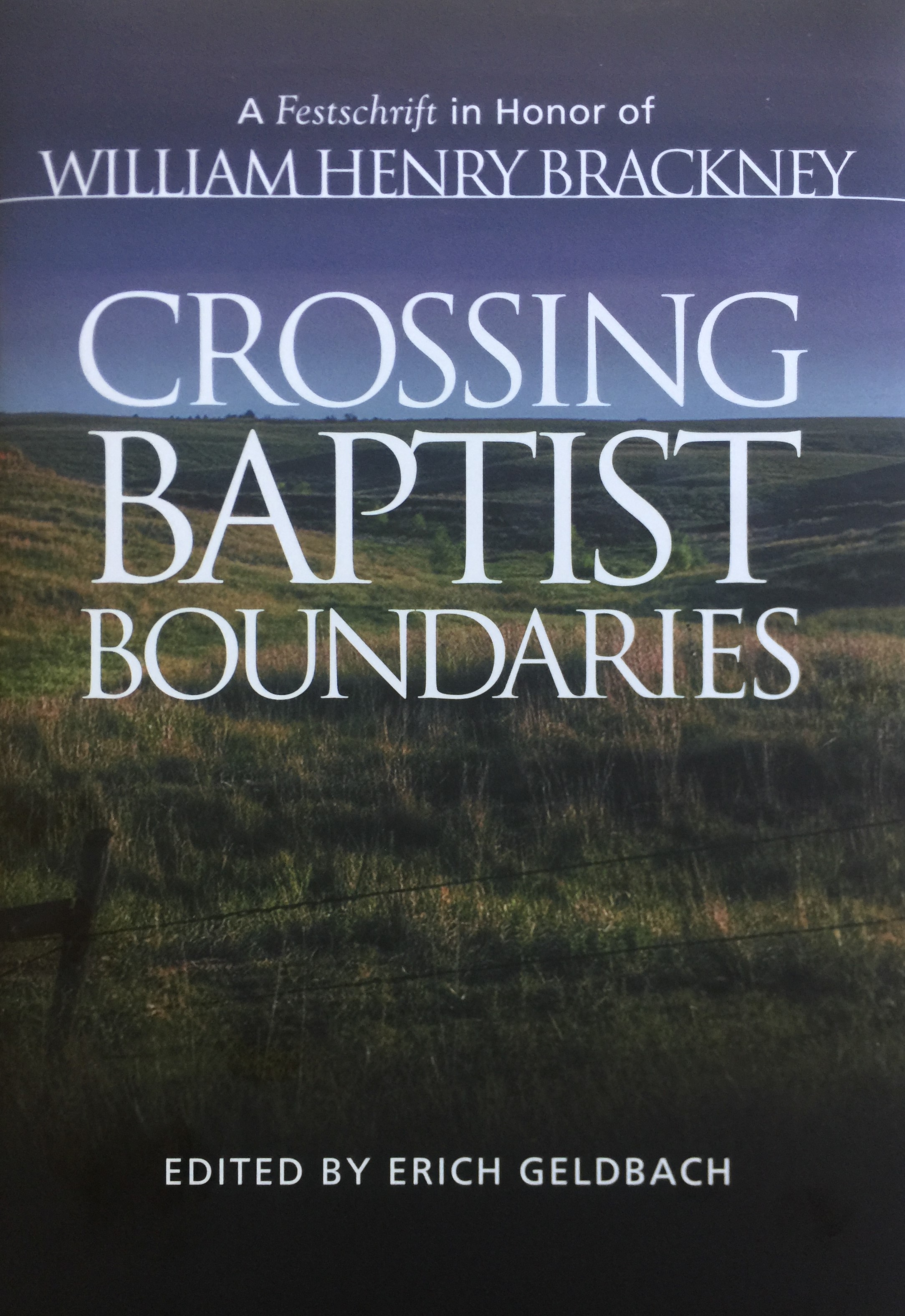 Reared in a hybrid American/Southern Baptist context, Brackney has served as Vice President and Dean of the American Baptist seminary, Eastern Baptist; as Executive Director of the American Baptist Historical Society; as Dean of Theology at McMaster University and Principal of the Divinity College; as Chair of the Department of Religion at Baylor University; and a distinguished Professor Emeritus at Acadia University in Nova Scotia, Canada. He currently holds the Pioneer MacDonald Chair of Baptist Theology and Ethics at Carey Theological College in Vancouver, British Columbia.

In addition to his extensive exposure to American Baptists, Canadian Baptists, Southern Baptists, and the Cooperative Baptist Fellowship, Brackney has worked extensively in the Baptist World Alliance, where he became acquainted with Baptist leaders from all over the world. The author of numerous books and articles on Baptists, he has written on diverse aspects of Baptist life from a global as well as continental perspective.

Brackney knows all Baptists, not simply one clan of this large and diverse family. This makes him a trusted guide to the meaning of the word “Baptist.”